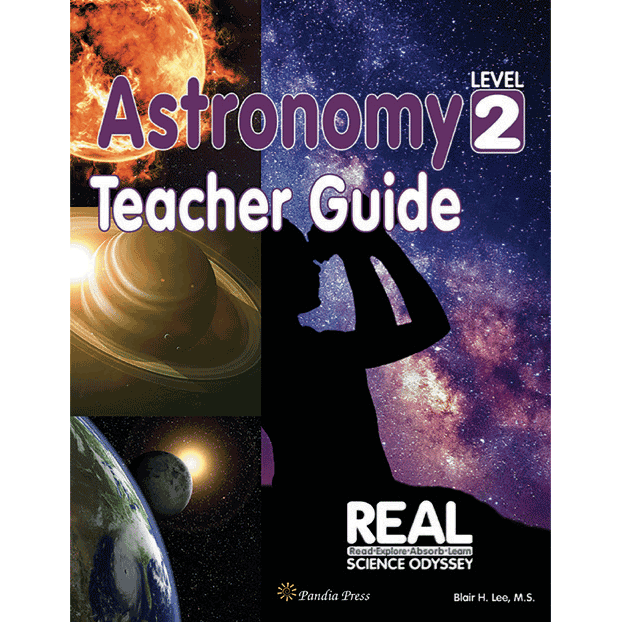 This is a movie of some galaxies seen using the Hubble Space Telescope:

Voyager at the Final Frontier from NASA: http://www.youtube.com/watch?v=EFnJzyxd78o

This is about the James Webb telescope that is under construction: http://www.youtube.com/user/NASAWebbTelescope

These are about the Mars Rover Curiosity from The Jet Propulsion Lab. If you like these there are many more from that source and from NASA:

An hour-long video about a new kind of technology that warps space and time, so that distances in space are more accessible: https://www.youtube.com/watch?v=9M8yht_ofHc

Teaching pedagogy of the importance of modeling in science: http://www.youtube.com/watch?v=aDgulnEVE10

This podcast is about the big bang: http://www.astronomycast.com/2007/10/episode-58-inflation/

This long talk explains what led to the modern understanding of the formation and origin of the universe: http://www.youtube.com/watch?v=uTxjNlIZ5jM

Please have your students watch this. The mass versus weight song: http://www.youtube.com/watch?v=1whMAIGNq7E

The life cycle of stars:  http://www.youtube.com/watch?v=PM9CQDlQI0A

They use the period table in their explanation of nuclear fusion, which I really like: http://www.youtube.com/watch?v=uKqvjEE0wFg

Scientists are trying to make stars on earth: http://www.youtube.com/watch?v=xgD5JZ02YGY

These adults cannot answer the question where the sun gets its energy, but I bet your students can: http://www.youtube.com/watch?v=Ux33-5k8cjg

The Birth of a Black Hole:  http://www.youtube.com/watch?v=8grTbzAo0PA

What is inside a black hole: http://www.youtube.com/watch?v=GYKyt3C0oT4

There are several tutorials concerning calculations with the law of universal gravitation on YouTube. Here is one: https://www.youtube.com/watch?v=vD-wKcp9ABU

A song about the difference between stars: http://www.youtube.com/watch?v=nCUS2uNGw7k

Chapter 5: Formation of the Solar system

Adventures in the Solar System: Planetron and Me by Geoffrey T. Williams. A link to the inexpensive audio book version: http://www.amazon.com/dp/B000E97ZVO/?tag=pandpres-20

How the Sun Will Die: http://www.youtube.com/watch?v=iauIP8swfBY

A rather advanced 49-minute video from NASA called “Crash Course on Our Solar System and Beyond.” This could be watched at the beginning or the end of this unit. About 15 minutes in it goes into information not covered in depth or at all in this text, but it is very interesting information: https://www.youtube.com/watch/?v=QfOF0bRBFJ4

For the Lego Maniacs out there: Newton’s laws with Legos: http://www.watchknowlearn.org/Video.aspx?VideoID=869&CategoryID=281

Before starting the lab, students watch this NASA video about Kepler, his laws, and the history of planetary models: http://solarsystem.nasa.gov/multimedia/video-view.cfm?Vid_ID=303

Two Scientists, a Theft, and a Possible Murder

Chapter 7: The Rocky Ones

I love to mix art with science. Here is the original radio broadcast of The War of the Worlds:  http://www.youtube.com/watch?v=Xs0K4ApWl4g, about a purported Martian invasion of earth.

Here are podcasts about the planets, the asteroid belt and astronomy in science fiction:

This article describes how the mystery of Mercury’s orbit was solved: http://io9.com/the-200-year-old-mystery-of-mercurys-orbit-solved-1458642219

What spaceship Messenger saw as it left Earth on its way to Mercury: http://www.npr.org/blogs/thetwo-way/2013/08/05/209208178/goodbye-earth-what-messenger-saw-on-its-way-to-mercury

Venus crossed in between earth and the sun in 2012; here it is on video: http://www.youtube.com/watch?v=4Z9rM8ChTjY

I really enjoyed the views of Mars in this 25 minute video: http://www.youtube.com/watch?v=JgMXPXdqJn8

People might establish a colony on Mars. Here are a series of videos about it:

A game about training to go into space: http://scratch.mit.edu/projects/492736/

This shows a view of what you would see if you were launched into space:  http://www.gieson.com/Library/projects/games/shuttle/

Chapter 8: The Gassy Ones

A good article about the Rosetta Mission that landed the spacecraft Philae on a comet:

What’s Next for the Rosetta Mission and Comet Exploration

The Grand Tour of the Solar System: http://www.youtube.com/watch?v=xHwJcuR-gPY

Jupiter’s moons are the topic of the next videos:

Saturn and its moon Titan: http://www.youtube.com/watch?v=pL4LTFBO10Q

Uranus’ tilt and its moons:

Either read or watch The Martian by Andy Weir. The main character Mark Watney is very good at reading a map! NASA even has a map of his journey. https://www.nasa.gov/feature/follow-mark-watney-s-epic-trek-on-mars-with-new-nasa-web-tool/

For the best source I found about topo maps go to: http://nationalmap.gov/ustopo/, for maps, videos, and tutorials

This is a great video tutorial about topo map: https://www.youtube.com/watch?v=zqPMYGDxCr0

An online article about mapping the universe in three dimensions: http://voyages.sdss.org/wp-content/uploads/2015/08/Plate-Packet-Introduction-2015.pdf

This is the first of nine videos about understanding four-dimensional objects: https://www.youtube.com/watch?v=wFVlzRE_3-o

A very good video about the basics of latitude and longitude: https://www.youtube.com/watch?v=eKF6fYqh1OA

A video showing how to geocache: https://www.youtube.com/watch?v=pmuqyqDiGJU

Astronomers have mapped the universe! When looking at the map of the universe you will notice it has a boundary, called containment. Beyond the containment is before time began. It is really fascinating stuff.

Detailed mapping of the universe: https://futurism.com/videos/detailed-map-date-place-universe/

This is a series of 45-minute videos “How the Earth Was Made”:  http://www.history.com/shows/how-the-earth-was-made

A seven-layer density experiment done by Steve Spangler, it is a good visual demonstrating differentiation based on density: https://www.youtube.com/watch?v=B3kodeQnQvU

A video by NASA called, Exploring Ozone. I highly recommend it: https://www.youtube.com/watch?v=qUfVMogIdr8&list=PL255992B774AC5C83

Here is a nice article with a video embedded in it. The narrator goes into solar day and sidereal day, in addition to how fast Earth rotates. Plus he has funny little jokes that flash at times across the screen: http://www.universetoday.com/26623/how-fast-does-the-earth-rotate/

Stonehenge and sun dials (you have probably noticed I like history with my science): http://www.watchknowlearn.org/Video.aspx?VideoID=14011&CategoryID=2793

Earth Has the Moves

The numbers for the total speed table came from the following sources:

Chapter 12: Fly Me to the Moon

NASA: Tour of the Moon: https://www.youtube.com/watch?v=2iSZMv64wuU

NASA: Evolution of the Moon, there are no words with this just pictures:

History Channel: The Phases of the Moon: https://www.youtube.com/watch?v=nXseTWTZlks

What is a Lunar Eclipse?: https://www.youtube.com/watch?v=49O2MsT1txU

How do Tides Work?: https://www.youtube.com/watch?v=5ohDG7RqQ9I

Team Moon: How 400,000 People Landed Apollo 11 on the Moon by Catherine Thimmesh

The Scientists Behind Space by Eve Hartman

How Do Scientists Explore Space? by Robert Sneddon

Eye on the Universe: The Incredible Hubble Space Telescope by Michael D. Cole

Destined for Space: Our Story of Exploration by Don Nardo

The Mighty Mars Rover: The Incredible Adventures of Spirit and Opportunity by Elizabeth Rusch

A Wrinkle in Time by Madeleine L’Engle – The wrinkle referred to in this classic fictional book is a wrinkle in the space-time continuum that the protagonists travel through.

Alien Hunter’s Handbook: How to Look for Extraterrestrial Life by Mark Brake

Out of This World Jokes about the Solar System: Laugh and Learn about Space (Super Silly Science Jokes) by Melissa Stewart

Out of This World: Poems and Facts about Space by Amy Sklansky – This is a little young for this age group but the poetry is very good

Hyperspace: A Scientific Odyssey Through Parallel Universes, Time Warps, and the Tenth Dimension by Michio Kaku. This book is 359 pages and non-fiction, but if you or your student is interested in the question of universes beyond our own, other dimensions, or even time travel, this is an excellent book and very readable.

The Big Bang by Paul Fleisher

The Magic of Reality How We Know What’s Really True by Richard Dawkins. This book covers much more than just the big bang. It does a great job of explaining the redshift and how Isaac Newton discovered that white light is made up of a mix of wavelengths.

Out of This World: All the Cool Bits about Space by Clive Gifford. This book covers some material not covered in this chapter, but you could have students read relevant chapters when they encounter them later in the text.

George and the Big Bang by Stephen Hawking (with his daughter, Lucy)

George’s Secret Key to the Universe by Stephen Hawking (with his daughter, Lucy)

The Space and Time of Uncle Albert by Russell Stannard

Stephen Hawking is a great scientist and a hero who has overcome real obstacles:

The Stars by H.A. Rey

A fiction book about stars: Follow the Drinking Gourd by Jeannette Winter

A Black Hole is Not a Hole by Carolyn DeCristofano

My son liked the books in The Giants of Science series by Kathleen Krull. Check the reading level, they might be too easy for more advanced readers:

Out of This World: All the Cool Things You Wanted to Know about Space by Clive Gifford

The Life and Death of Stars by Ray Spangenburg

The following are written for adults who are non-scientists. They are not for every student. If you’re interested read one; there is no need to read both:

A Brief History of Time by Stephen Hawking

A Briefer History of Time by Stephen Hawking

Chapter 5: Formation of the Solar System

Adventures in the Solar System: Planetron and Me by Geoffrey T. Williams. Also a link to an inexpensive version of the audio book.

11 Planets: A New View of the Solar System by David Aguilar. An interesting book that in part covers a new definition for what a planet is

The 50 Most Extreme Places in our Solar System by David Baker and Todd Ratcliff. This book is 304 pages long. It is only for the space-obsessed student; but if you have one, it is fun and informative.

Newton, Gravity in Action by Jordi Bayarri—this is a comic book about the life and work of Newton

Kepler: A Novel by John Banville

Timescape and Eater by Gregory Benford

Newton and the Quasi-Apple by Stanley Schmidt

The Forever War by Joe Haldeman

Chapter 7: The Rocky Ones

Almost Astronauts: 13 Woman Who Dared to Dream by Tanya Stone

The Far Out Guide to the Solar System by Mary Kay Carso. This is a series of books with a different “Far Out” title for every planet

Mission to Mars by Eve Hartman

How to Draw Amazing Airplanes and Spacecraft by Kristen McCurry

Chapter 8: The Gassy Ones

Beyond Jupiter: The Story of Planetary Astronomer Heidi Hammal by Fred Bortz

Space, Stars, and the Beginning of Time: What the Hubble Telescope Saw by Elaine Scott

Sir Cumference and the Viking’s Map by Cindy Neuschwander

These 2 books are more geography than geology, for the student who loves maps:

Transit Maps of the World by Mark Ovendon

National Geographic Global Atlas: A Comprehensive Picture of the World Today with More than 300 New Maps, Infographics, and Illustrations

I like to mix some fiction in with science: Journey to the Center of the Earth by Jules Verne

The age is a bit young, 9-12, but fans of the Harry Potter series will likely find this book very interesting: Wizards: An Amazing Journey Through the Last Great Age of Magic by Candace Savage

Chapter 12: Fly Me to the Moon

Guide to Observing the Moon by British Astronomical Association

Team Moon: How 400,000 People Landed Apollo 11 on The Moon by Catherine Thimmesh

Please see our full line of products in our Pandia Store.
Enter

Get Social with Pandia Press

Won't you be our friend?
Follow Pandia Press on social media for all the extras.