Everything You Need to Know You Can Learn from the Number Pi! [Update 2020]

[Originally published March 14, 2018]
You probably first encountered the number pi as I did: in elementary or middle school math, where it played a mysterious role in equations for the area and circumference of a circle. I had never encountered a number like pi, and the presence of that ancient Greek symbol in every problem involving circles hinted that there were vast spheres of knowledge yet to encounter. With the simple four-function calculators of the 1970s, we approximated pi with the fraction 22/7, an approximation that was proven by Archimedes to be larger than pi all the way back in the third century BCE. In the fifth century CE, the Chinese mathematician Zu Chongzhi approximated pi with the fraction 355/113, accurate to six decimal places and the best one can do without memorizing a lot of numbers.

Like many things we encounter regularly, pi soon became so mundane that I barely gave it a second thought. Despite the hands-on experience of using a string to measure the circumference of a circle and dividing by the circle’s diameter to obtain an approximation of pi, it wasn’t until many, many years later that I realized how that exercise connects us all. That simple Greek symbol, pi, which represents the ratio of circumference to diameter, exists in every circle ever drawn by anyone, from Archimedes dragging his finger on his primitive version of a tablet (a tray covered in sand) to Niels Bohr and Ernest Rutherford constructing their model of the atom. Draw a circle, think of pi, and you are in the company of the mathematical and scientific giants of history.

Also lurking in that ancient symbol is a testament to human curiosity and persistence. We’ve seen the headlines flow past every so many years about new and more impressive calculations of pi. Back in 1949, a desktop calculator was used to calculate pi to 1,120 digits. The first computer calculation of pi was also made in 1949, took 70 hours, and yielded 2,037 digits, a feat our desktop computers could now accomplish in minutes or even seconds. By 1973, pi could be calculated to over a million digits in less than 24 hours, and ten years later it had been computed to over a billion digits on a home-made computer by the Chudnovsky brothers, who later succeeded in reaching over four billion digits on another home-made computer. Currently, we know a few billion digits over 22 trillion, a quantity that I admit, I really can’t quite fathom.

What is truly marvelous about our desire to calculate pi to greater and greater precision is that such accuracy is not particularly useful. For scientists to calculate the size of the universe plus or minus the size of the smallest atom, pi needs only to be accurate to 40 decimal places. Like so much of what we value (art, music, poetry, sports) pi appears to tap into a human desire to create and improve, to make things better, faster, more accurate, more refined—for no reason other than the sheer pleasure of accomplishment and knowledge for its own sake.

Perhaps this explains “piphilology”—the practice of memorizing digits of pi. I confess, I once fell prey to this odd hobby to win a bet, memorizing 200 digits of pi in one night. Thirty years later I still recall all of four decimal places. Meanwhile, the current world record, as documented by Guinness, is over 70,000 digits, and it took the young man who memorized so much of pi over nine hours to recite the digits.

The Number Pi Is My Everything

One of many infinite monkeys who could type meaning into pi

Although we can encapsulate pi in a circle, gustatorily symbolized annually on pi day with an actual pie, and despite humankinds’ efforts to pin pi down more precisely, the actual number itself remains stubbornly random. Truly random sequences of numbers are surprisingly hard to generate, but to the best of the best of mathematicians’ abilities to disprove it, pi seems to consist of an infinitely long random series of digits. You may have heard of the “infinite monkey theorem,” which states that, given an infinite number of monkeys typing randomly on an infinite number of keyboards for an infinite amount of time, one of the monkeys will eventually type out the complete works of William Shakespeare. Statistically, this is true: Given an infinitely long random sequence of numbers or letters, it theoretically should be possible to find any given specific sequence of numbers or letters in that random series.

This means that purely through random chance, we can say that theoretically pi contains, among other things, all of human knowledge encoded as numbers. Perhaps more trivial, but more fun is to contemplate the fact that pi should, therefore, contain any sequence of numbers you can come up with. For example, starting at digit 762 of pi is a sequence of six nines in a row, a part of the geography of pi’s digits which is called, for unclear reasons, the Feynman point, after a famous physicist. Better yet, the Pi-Searcher allows you to search for any string within the first 200 million digits of pi. It is almost certain that you will find your birthday in pi. (Mine occurs one time in 200 million digits, at the 14,011,772th location.) Using a simple cipher, with A=1, B=2, etc., I also discovered that in those same first 200 million digits, my first name, Dahlia (4 1 8 12 9 1), appears 11 times! Who knows what you will find if you go searching through pi’s digits.

What’s This “Tau” About?

Like most ideas in human history, the number pi has also given rise to conflict, albeit relatively good-natured. Standing against the tide of history are the proponents of “Tau Day.” Tau is another Greek letter, less impressive in appearance than pi, as it resembles a stubby, slightly fancy uppercase “T.” The champions of “Tau Day” argue that using pi=3.1415… as a constant has been a fundamental mistake in mathematics and that, instead, we should use tau, with a value of two times pi. In fact, they have a solid point. Consider that the circumference of a circle is two times pi times the radius. Why bother with that extra “2”? Would it not be simpler to write C = r x tau? Many mathematical and scientific concepts and formulas are simpler when tau is used in place of 2 times pi. Even the prestigious Scientific American has jumped onto the tau bandwagon. (A link to the article is listed below.) If you agree with the “tauists,” as they call themselves, you should mark June 28th on your calendar as tau day. Of course, you’ll have to figure out what food to make to celebrate tau day, as there is no yummy food associated with the word “tau.”

Pi appears in many scientific formulas because so many aspects of science have circles (or their cousins, ellipses and spheres) of some sort at their base—the orbits and volumes of planets and moons, the shape of gravitational and electrical fields, angular motion and torque. Even more fascinating, though, is how pi appears in areas of math and science that seem to have nothing to do with circles. For example, here are some “infinite series”—mathematical equations that go on forever, that result in pi. Wallis’ Product, discovered in 1655: (Tauists out there should note that we could eliminate that inelegant leading “2 x” if we used tau instead of pi).

There is also Euler’s series, which states that:

Euler’s series is related to Euler’s formula, which is widely acknowledged to be the most beautiful formula in all of mathematics. If you’ve studied enough math to have encountered the transcendental number “e” and the imaginary number “i,” you will appreciate, but probably be boggled by, Euler’s formula:

Pi pops up in strange places all of the time.  Because of the relationship between waves and circles (think of ripples in a pond), pi appears in many contexts that have to do with waves—including equations about light and sound.  Tie a weight to a string and lift it a little bit to let it swing. The period of this simple pendulum with a small amplitude, the amount of time it takes to swing from one side to the other, can be approximated with:

Finally, the number  tells us that there will always be things in this universe which we cannot know. Heisenberg’s uncertainty principle is one of the simplest, most profound equations in all of science. It states that

This formula indicates that if we look at a very small particle such as an electron, and we want to determine how its position and its velocity (momentum) have changed, the more precise we get about one of those quantities—position or velocity—the less it will ever be possible to know about the other quantity. The x and the ρ represent position and momentum, and the h represents the Planck constant, the smallest measurement that can be made. The presence of those values  sense in the context of Heisenberg’s equation. But, there also sits pi, mysterious, ancient, and hinting at fundamental truths about knowledge and the universe.

Some Links:
How many digits of pi are really useful?
The Chudnovsky brothers’ quest for pi
The Tau Manifesto
Scientific American weighs in on tau
Pi lurks in the mathematical description of hydrogen energy levels
Search through pi
Explore the period of a pendulum 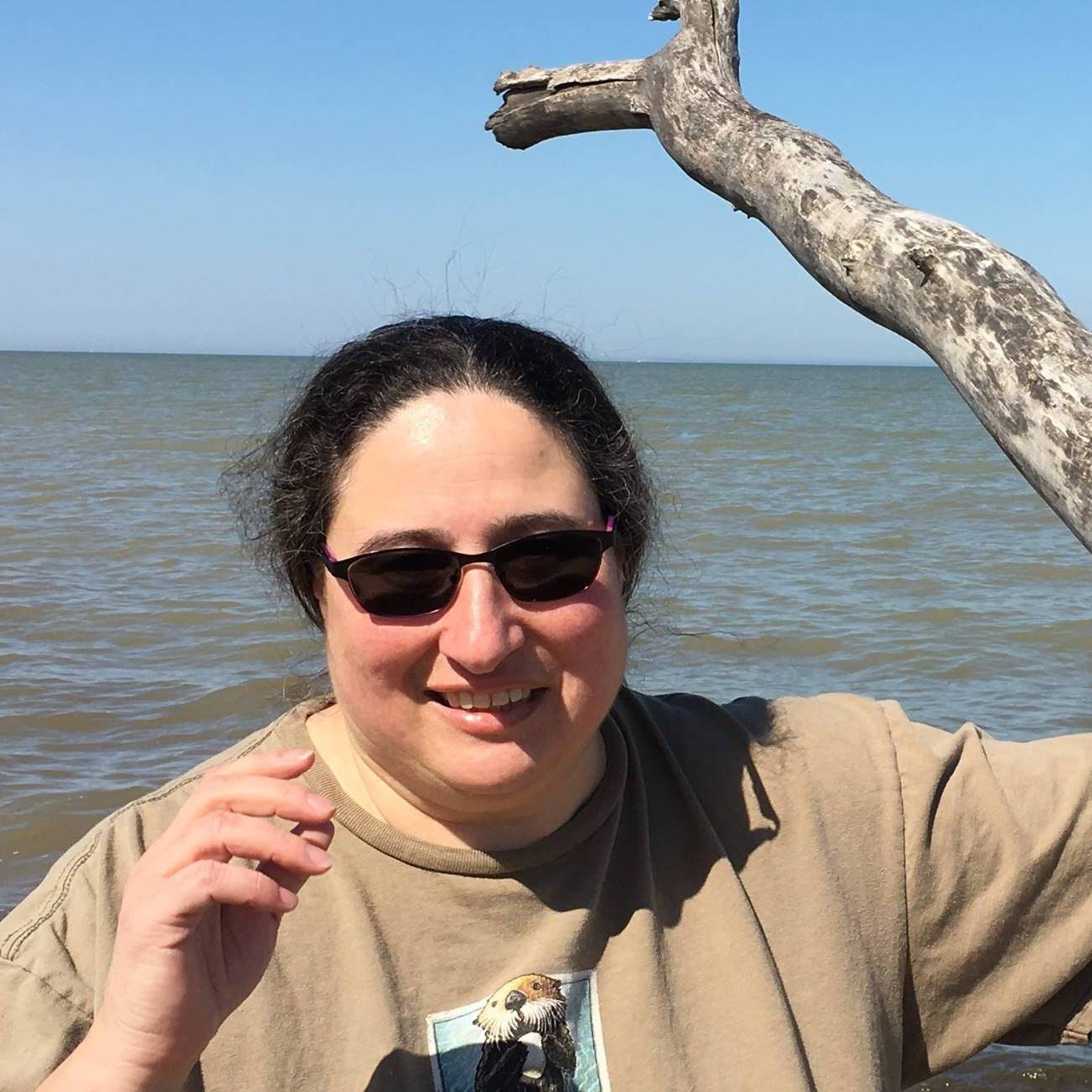 REAL Science Odyssey Physics 1 author Dahlia Schwartz writes science books for every child who has been curious about the world around us, and especially her own children, Aliana and Itamar, who taught her that even young children are capable of comprehending precise and complex scientific ideas. Read more about Dahlia on our Meet the Authors page.